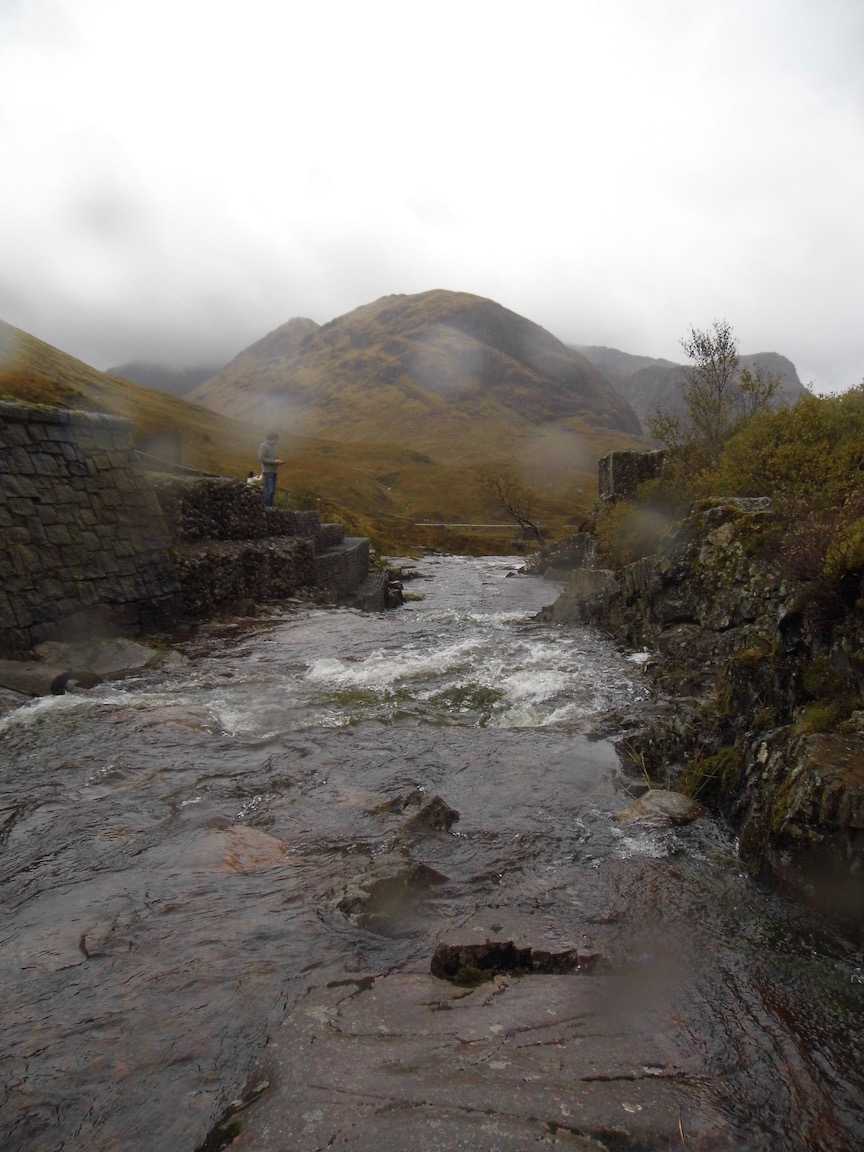 It’s amazing that we packed so much into our wee stoat about the Scottish Highlands and the west coast. This is a road trip we took this time last year and follows on from Tuesday’s post.

We left Oban late morning and drove along the A85, crossing the Connel Bridge to join the A828. We crossed the Ballachullish bridge which took us onto the A82, arriving in Fort William roughly an hour later. But believe me, it could’ve taken a lot longer. The drive is scenic, taking in views of lochs, islets and even a castle. Plenty of opportunities to stop, sketch and gawk. At the risk of sounding as if I’m marooned on Brexit island, you could quite happily go on holiday on home turf for the rest of your days. 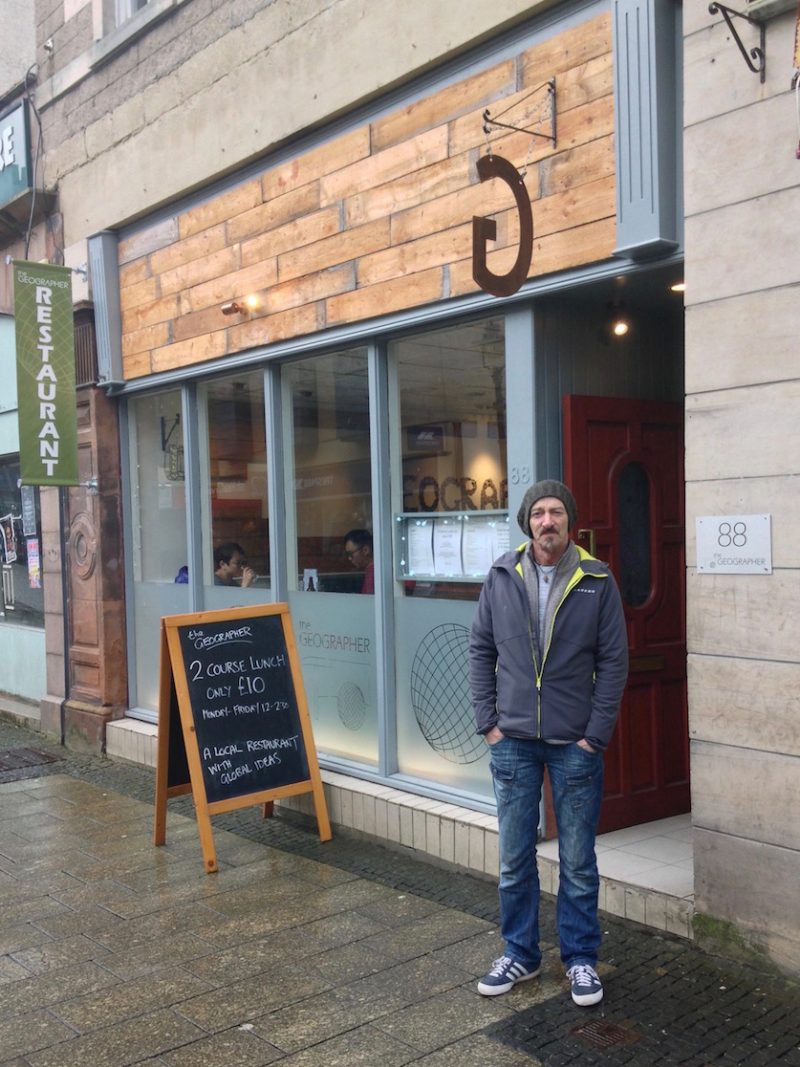 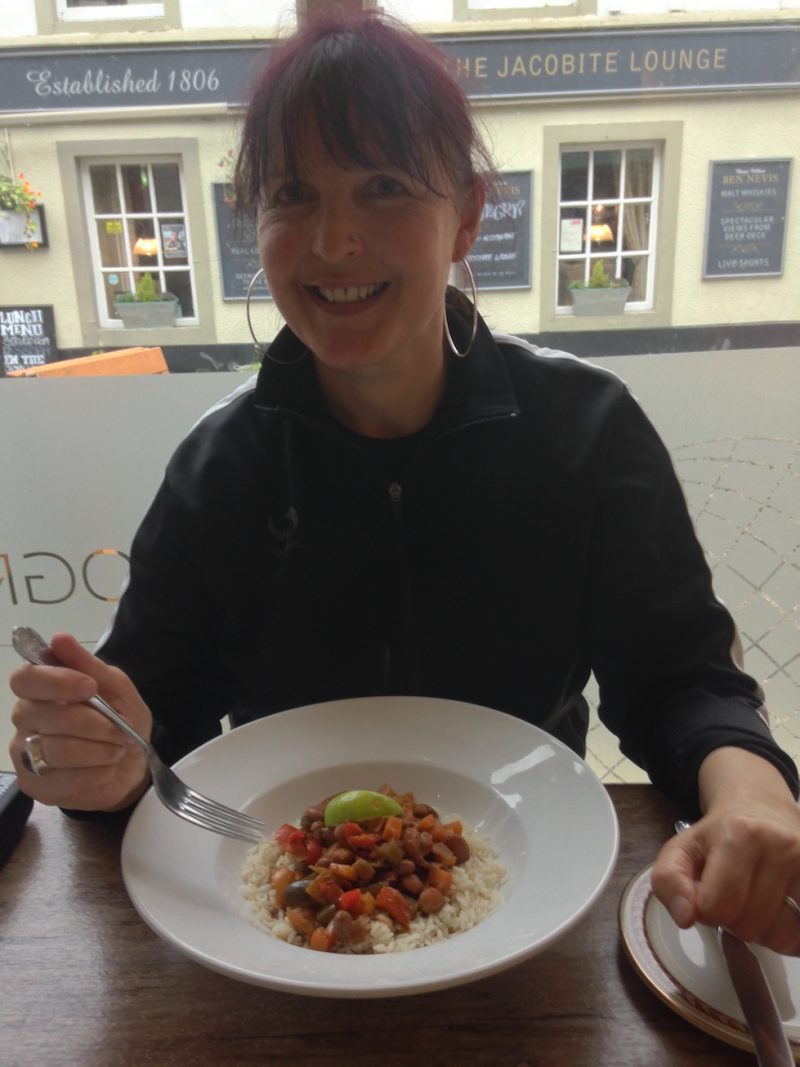 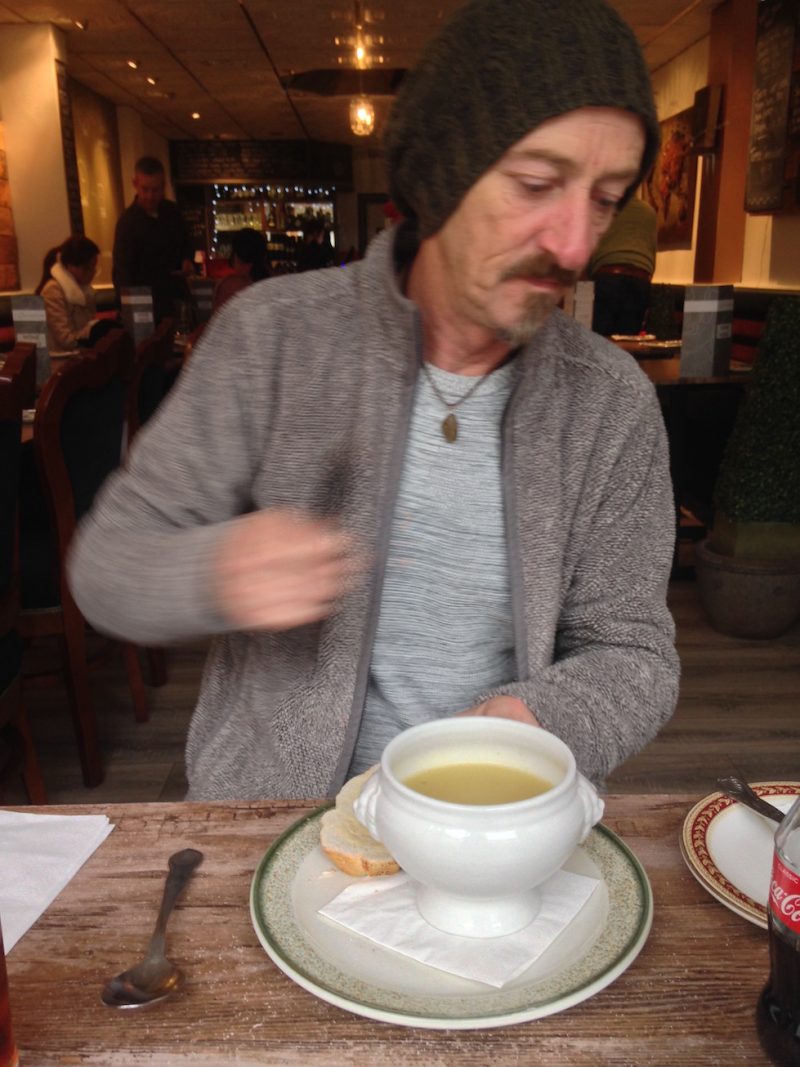 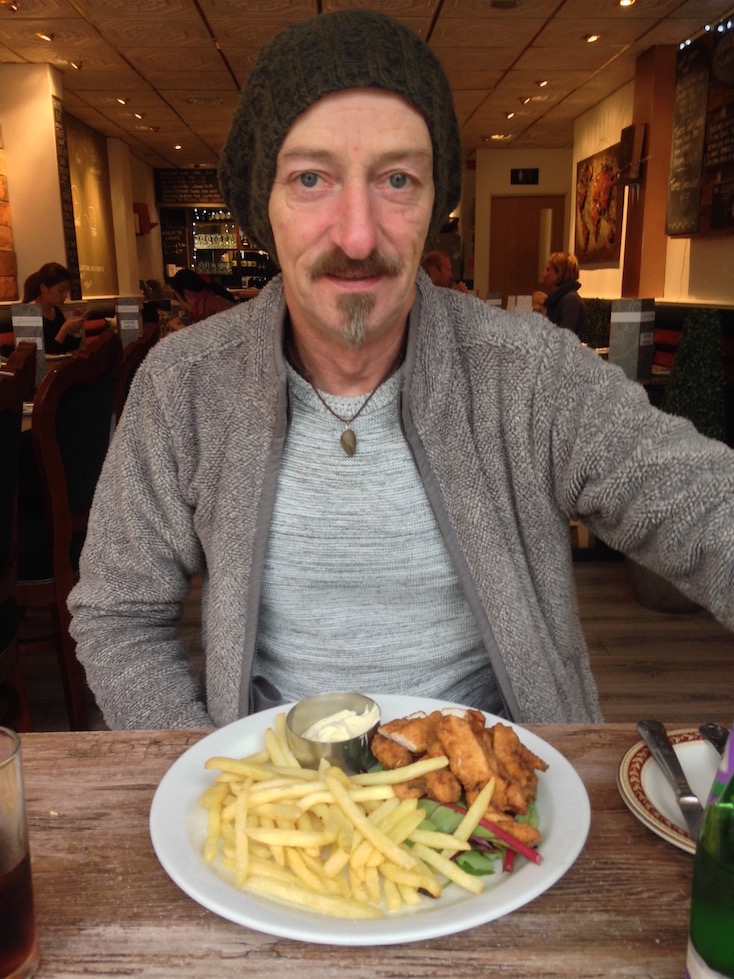 The town, the second largest in the Scottish Highlands after Inverness, sits at the foot of Ben Nevis. Today the autumnal fog all but obscured the British Isles’ highest mountain. What a lovely town! That cobbled street is for pedestrians only and there are plenty of interesting shops to potter about in as well as cafes.

Feelings about Scottish independence still run high here. But that’s a discussion for another time.

As someone who once heartily believed that they could live nowhere but London, I’ve certainly tuned into the idea of living in a smaller city (or even on the edge of one!).

Meanwhile, my expedition into cold weather fashion continues, if not up the Highlands themselves (though I’m dying to). As I mentioned in my Oban post, my days of haute couture are few and far between (for now at least). And I’m drawn as a moth to light towards all manner of purple, green and red mountain wear (I’m sure there must be a Reiss somewhere nearby…).

Mind you, I did spot some yoga gear in a shop window. Or at least I thought I had until Stephen pointed out it was base wear for mountaineering.

Eats were at The Geographer, a place we popped into by chance while strolling the High Street. I had a hankering for hot soup and so their two courses for ten lunchtime deal pulled us in. The design and decor is impressive, light and airy (the friendly owner told us he did himself). A delicious vegetarian option of soup followed by a spicy chick pea curry – we’ll definitely pop in next time we’re this far north. Back down to way we came, continuing on the A82 on the Ballachullish bridge, then finding our way to Glencoe. Nothing prepares you for this geological marvel. Totally awe-inspiring, if a bit on the chilly side (wimpy lowlander!).

On a warmer day and with more time, there would be opportunities for sitting and drawing. But this was a whistle-stop tour and we were keen to get moving before the night descended. That said, Stephen did find the spot that inspired his painting Where Three Waters Meet which I’m posting here with his permission.

Meanwhile, in the absence of any artwork from me, follow the link to our pal Julie Arbuckle’s homepage. She really packs a punch with her landscapes of Scotland. Including tons of the Scottish highlands.

DRIVING IN THE SCOTTISH HIGHLANDS You’ll see plenty of these white objects by the side of roads. And I learnt something new – they’re snow poles to show where the road is. In fact, the landscape can prove precarious.

Stephen told me about a friend, an experienced hill walker and climber, who discovered how bog-laden Rannoch Moor is the hard way. He was fishing in one of the small lochs (lochans) on the moor with his young son. As he made his way around the lochan he went plummeting into the ground. Luckily he reacted quickly, throwing his arms out so he didn’t completely sink. He was able to save himself out by grasping a long bit of grass. The next highpoint of our short road trip was when we stopped off at the King’s House after Glencoe. Where we met a friendly group of deer and Chinese tourists been touring the Scottish Highlands.

How funny to think that we’ll be in their holiday snaps! Even as I type someone’s granny in Beijing could be saying, “Who’s that daftie in the woolly hat?”

The King’s House itself is in for a bit of a refurbishment. It couldn’t be in a more beautiful setting and I  don’t think it’s the last time that we meet our four-legged friends here.

Have you been to the Highlands of Scotland? Where do you recommend?