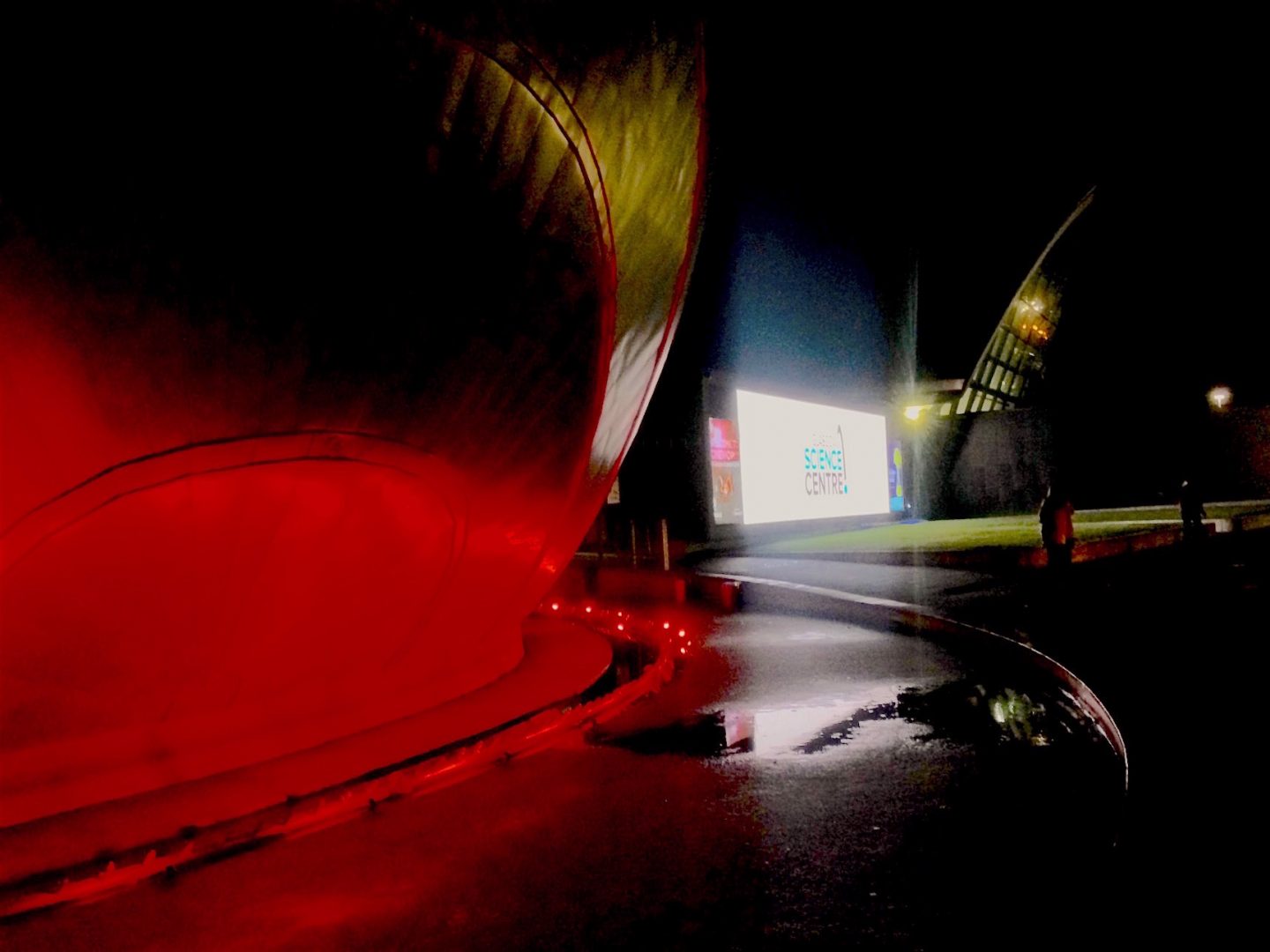 An enchanting evening at the Glasgow Science Centre on took us on a trip round the Universe and back again. It was a late night showing at the Planetarium. And it’s reawakened a long-held interest in the stars and brought back a few memories.

Have you ever been to space?

I hear it is a wondrous place!

So wrote my little sister Robin for an English lesson twenty-five years ago, with generous input from our mum. She could’ve helped me write such a poem too, for ever since the age of nine I’ve had a keen interest in what lies beyond the Solar System. My stepfather used to order Time Life books and my favourites were the All About Science series. I poured over articles about quasars, globular clusters and Jupiter’s Great Red Spot. And even quizzed my poor mum about the names of Saturn’s moons.

The Glasgow Science Centre is just the place that she would’ve sent me to for the answers.

There was a fair amount of stuff for the space-obsessed kid when I was a teen back in the eighties. It was the time of Star Wars and Close Encounters of the Third Kind. Interest in space travel and little green men was growing.

A lot’s happened since then to enlighten curious young minds. As you stroll in to take your seat for the evening’s planetarium show you’ll see a backlit gallery of planets in technicolor hues. The photos are so clear they could almost be of your own hands. How much more will we be able to see in thirty years time?

Naturally much more is known about our universe today. But back in the summer of 1981 my best teacher was a Patrick Moore book. And the inky black skies I sat under on a family holiday to Les Eyzies in France. Each night outside our holiday home Gîte le Crabou, I picked out the major constellations of summer (I even kept a little diary). Furthermore, my stargazing gave me a rare chance to lord it over my dad. This was the one thing he seemed to know nothing about. I’ll be quizzing him on next time we speak!

So I’m over the moon – no pun intended – to see all the interesting spacey stuff on display nowadays for (big) bairns. Plus it looks like I’m not the only blogger to have enjoyed a visit as Vicki’s post shows. Ah, that’s what we’re missing –  some actual children to take with us! 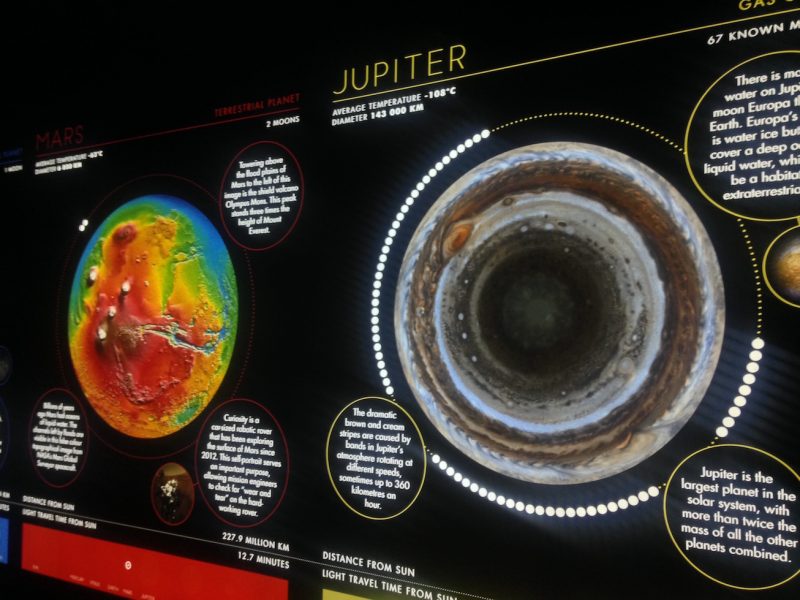 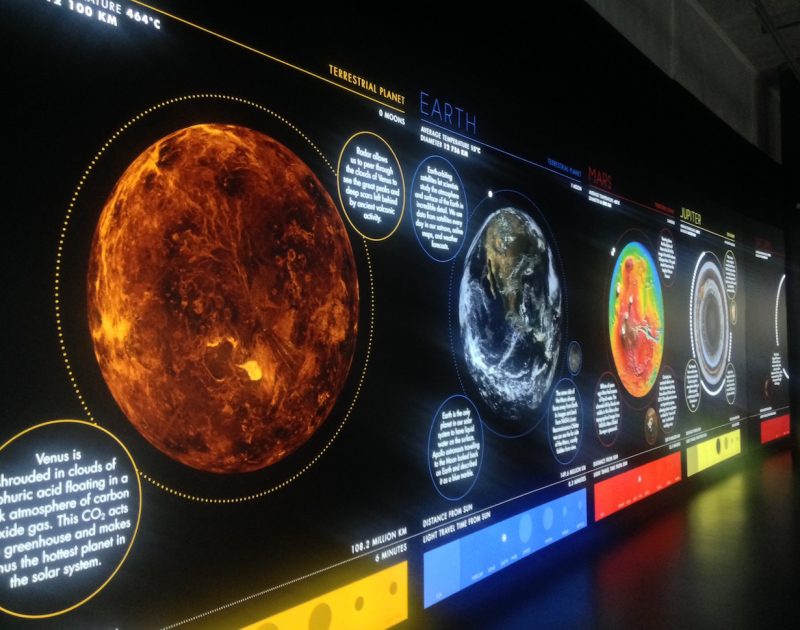 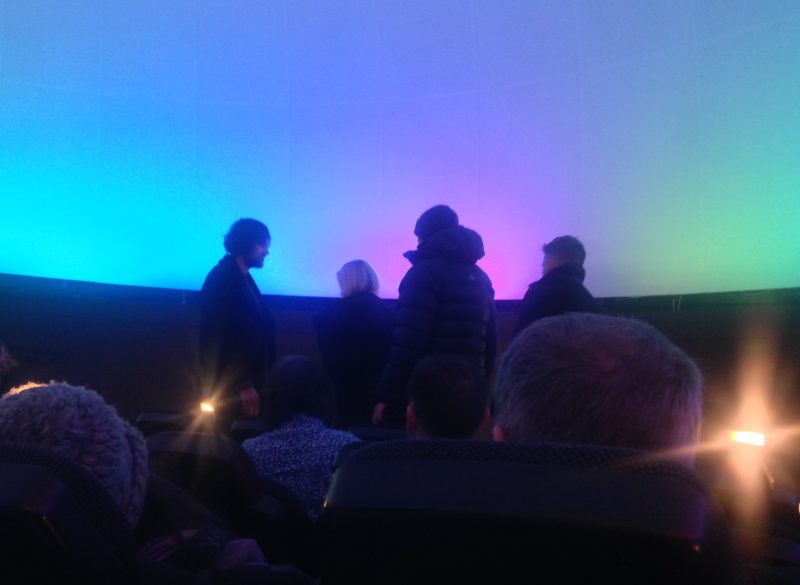 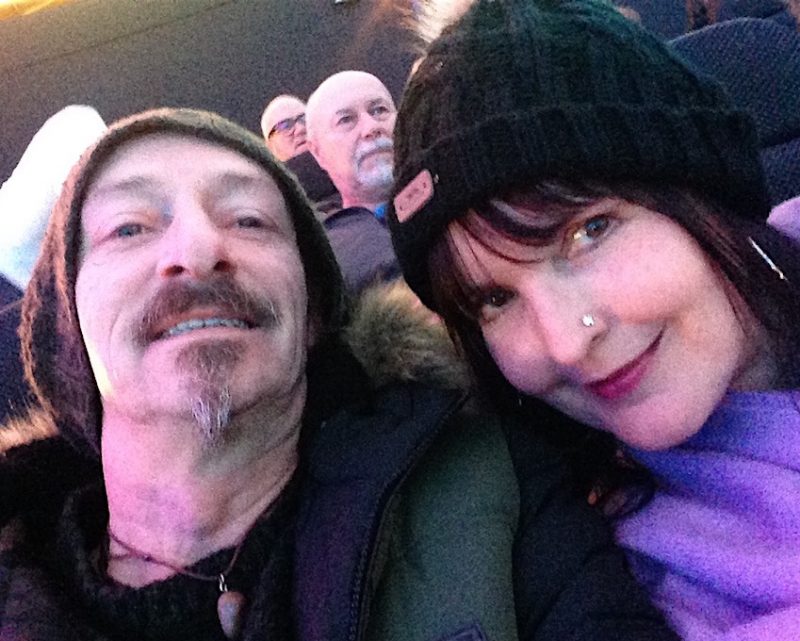 Settle down for a whistle-stop tour of the Cosmos with an informative and humorous commentary from our pilot-presenter. It’s an interactive event with the presenter asking us to chip in with answers to her questions. I did indeed call out a couple, but Stephen shushed me to “let the weans answer!”.

Did you know that Saturn has TWENTY-SIX moons and that Mars may one day boast a ring system of its own? Though you’re in for a long wait to see it. Just two of things I found out at the show.

No photos taken during the performance, of course. And the biggest surprise for most of the audience was the amount of light pollution that prevents us from being what’s really there. A walk along the Clyde, a stone’s throw from the Glasgow Science Centre, proves a point. The good news is you can still see the constellation of Orion from the city (just). It’s visible now in the northern night sky and is perhaps the most interesting and varied constellation in the sky.

We went to the Planetarium Late Nights last December, but the shows are continuing into 2018. 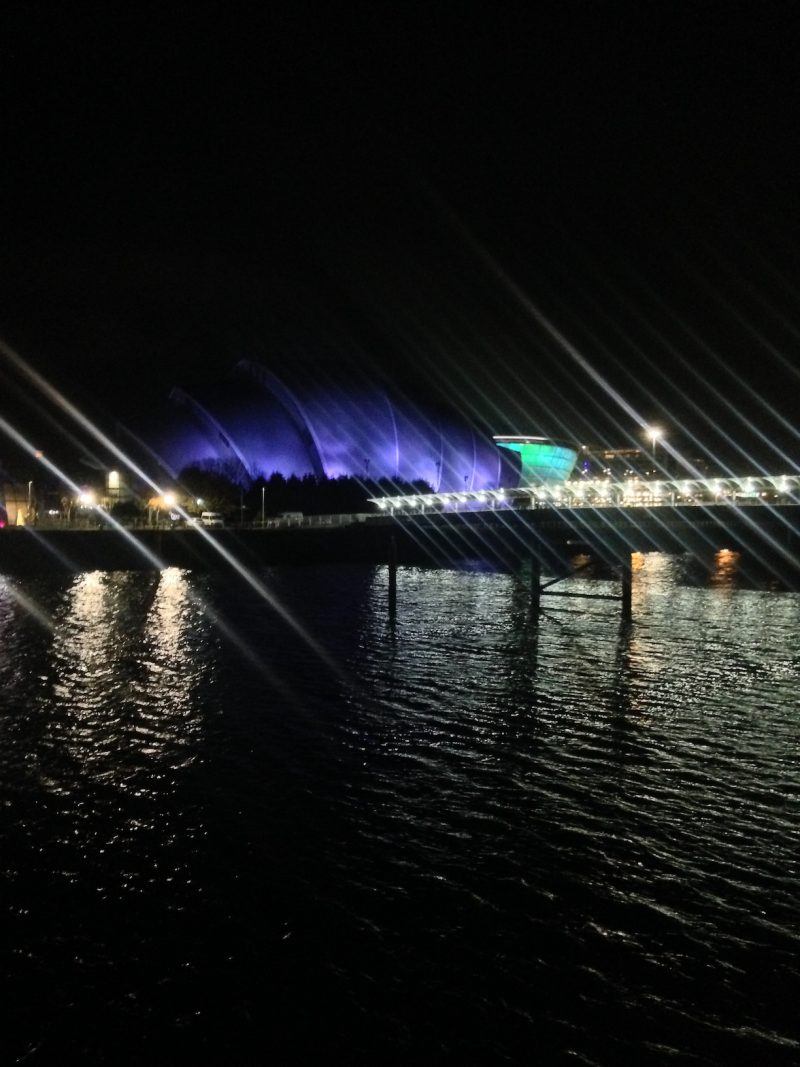 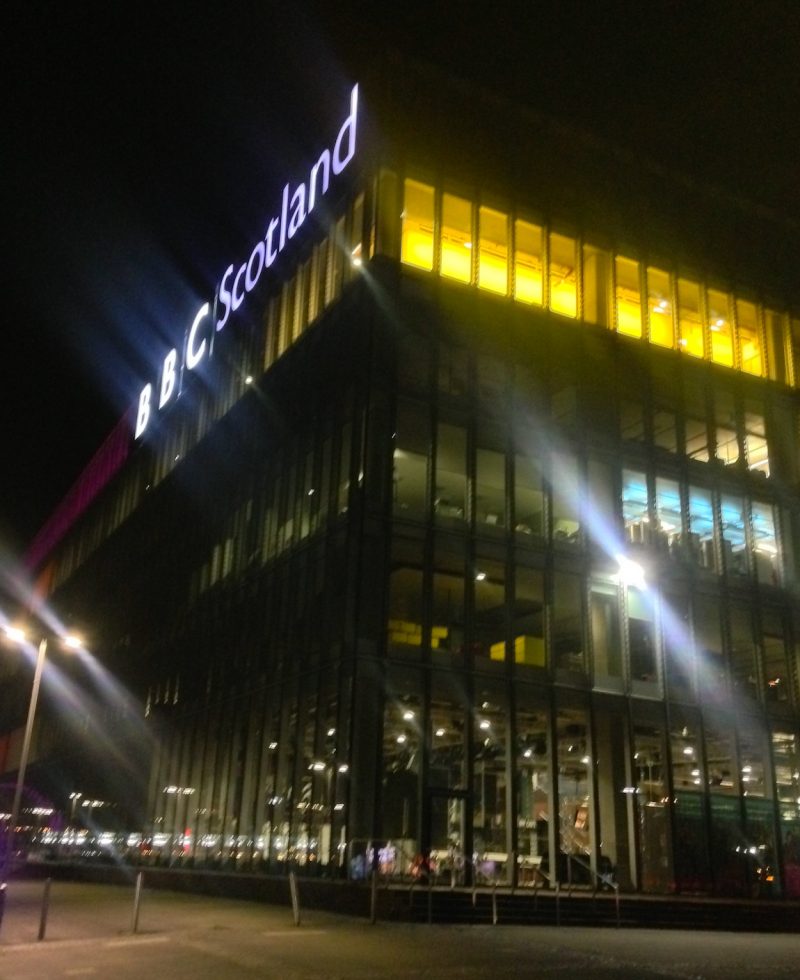 I tried to persuade Stephen that we should pop on my Cosmos DVD, but he was all stargazed out

My favourite star cluster is the Pleiades. In fact, they are the inspiration behind a piece of work, a combination of glass art and abstract. More of that another time after I’ve been to the framers. Meanwhile, here’s a bright purple, red and gold work called “Big Bang”. The gold represents the various elements that were scattered to the four corners of the Cosmos in the first moments. If the universe even has corners!

Back home meanwhile, I tried to persuade Stephen that we should pop on my Cosmos DVD presented by the late Carl Sagan. But Stephen was all stargazed out. However, he does have a birthday coming up. Therefore we’re following up our trip to the Glasgow Science Centre with a visit to the Scottish Dark Sky Observatory. On the edge of the Galloway Forest Park, it’s where to see the sky at its sparkly best here in Scotland. Guaranteed to be a good night out and an interesting blog post to come.

I’m certainly looking forward to that and to seeing what else there is to see in new part of the homeland for me. Are you interested in the stars? If you’re an artist have they influenced your work? Tell me in the comments section below.