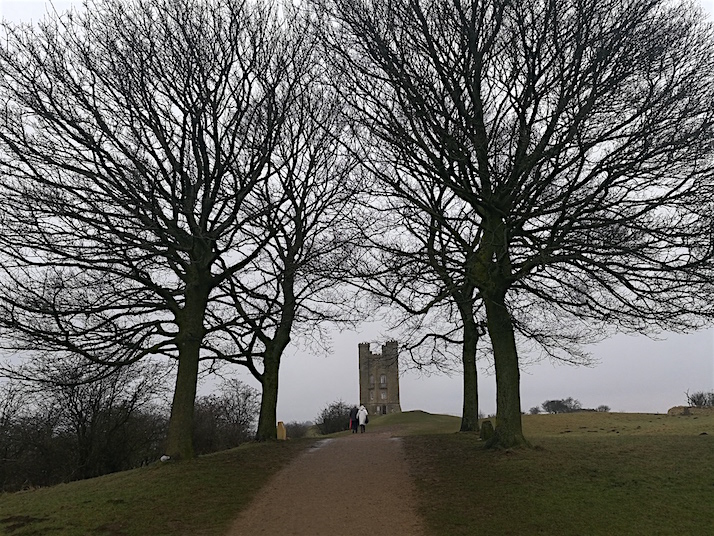 Like the romantic I am, today’s post is about a grey February jaunt around the Cotswolds. And in contrast to our sunny time in Tenerife, here’s a short visit we took around this time last year.

In days past a trip around the Cotswolds was one of our social programme evenings at my much-missed job. That’s when we took our students out to see the beautiful area that draws both film-makers and tourists from afar. Since we were already down south for a wedding, I decided to introduce Stephen to some of my old haunts and take him on a busman’s holiday. And although we visited three of the very many spots on a bleak February day, it did nothing to dim the beauty of the area. One day a student in Japan told me she was visiting the Cotswolds. How had she even heard of it, I wondered. It turns out this part of our sceptred isle scores highly with East Asian tourists. I hope they’re happy when they see the rest of the island too! But then again, the Cotswolds are quite special.

After I returned home from Japan I got to know parts of it fairly well. I’d often ask to come along on the Cotswolds evening, whether I was on social programme duty or not. On light summer evenings we’d take our students to various towns, ending the evening with an English pub dinner at the King’s Arms in Mickleton. So being back here brings back happy memories of my favourite job.

The Cotswolds is a particular area of south-west England and includes the counties of Oxfordshire, Warwickshire, Gloucestershire, Wiltshire and Worcestershire. The gentle hills (the cots) and distinctive Cotswold stone are typical of the area. Look out for sheep too – they helped to make this area rich. 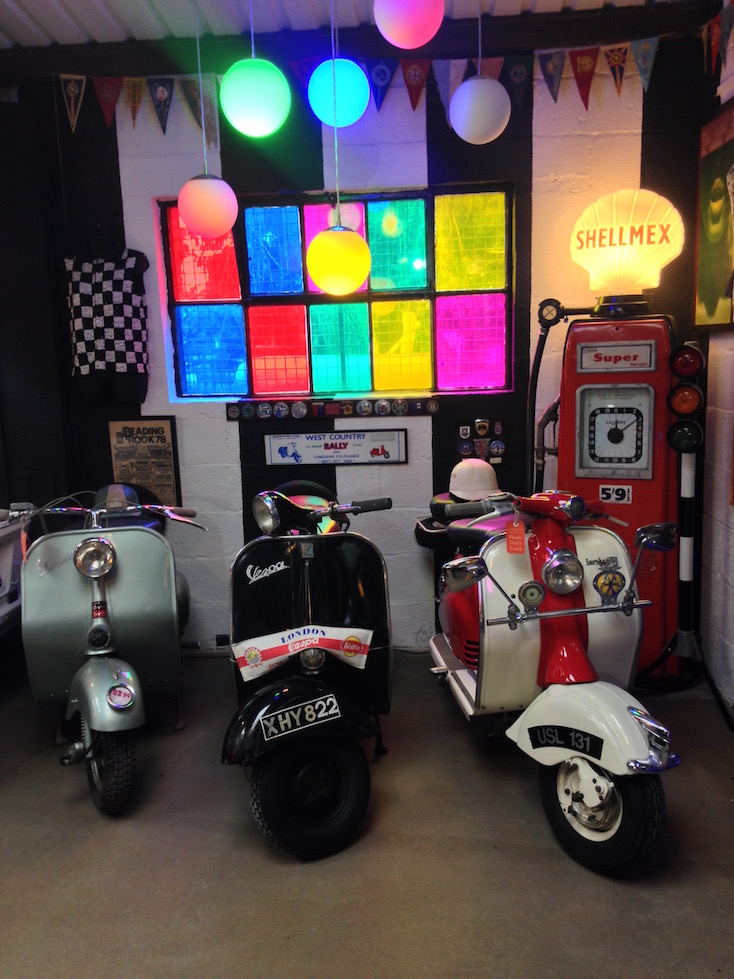 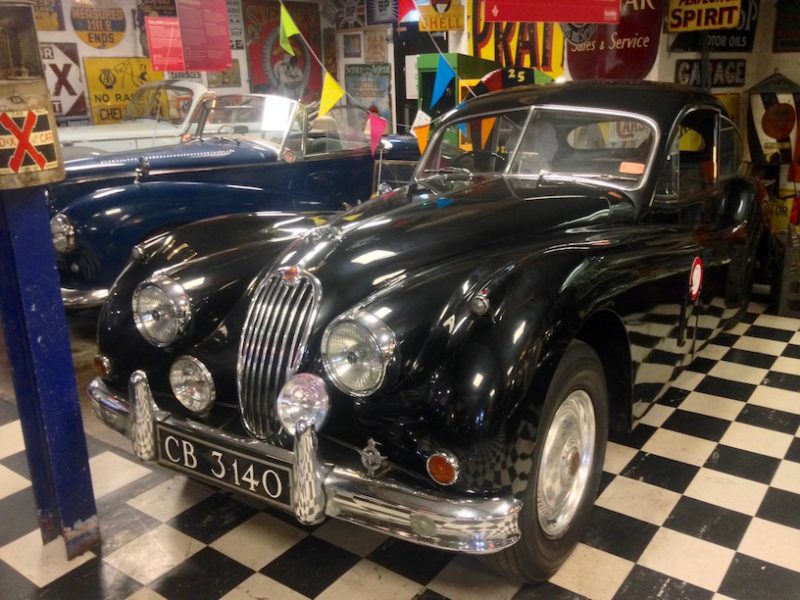 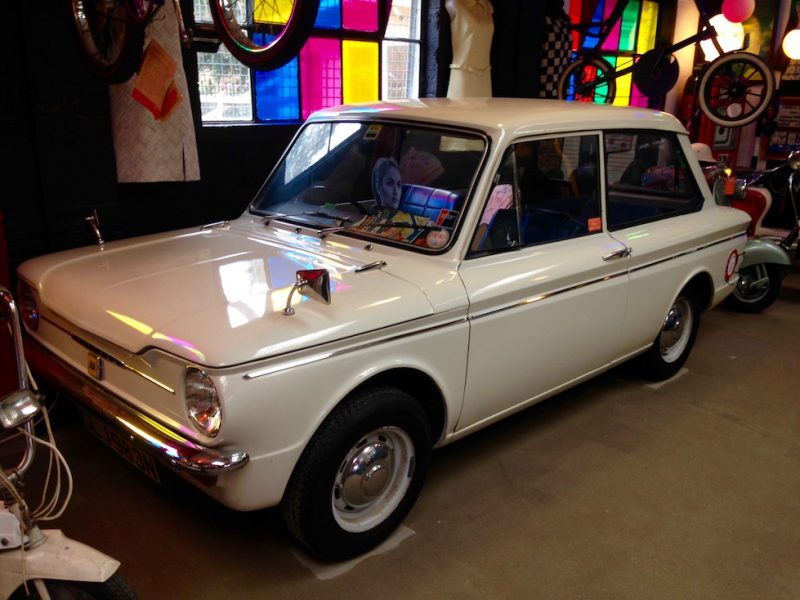 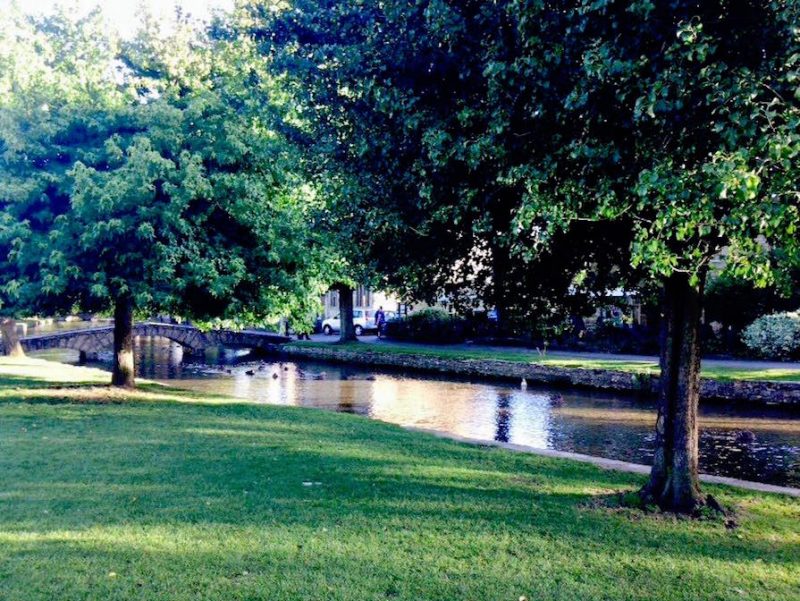 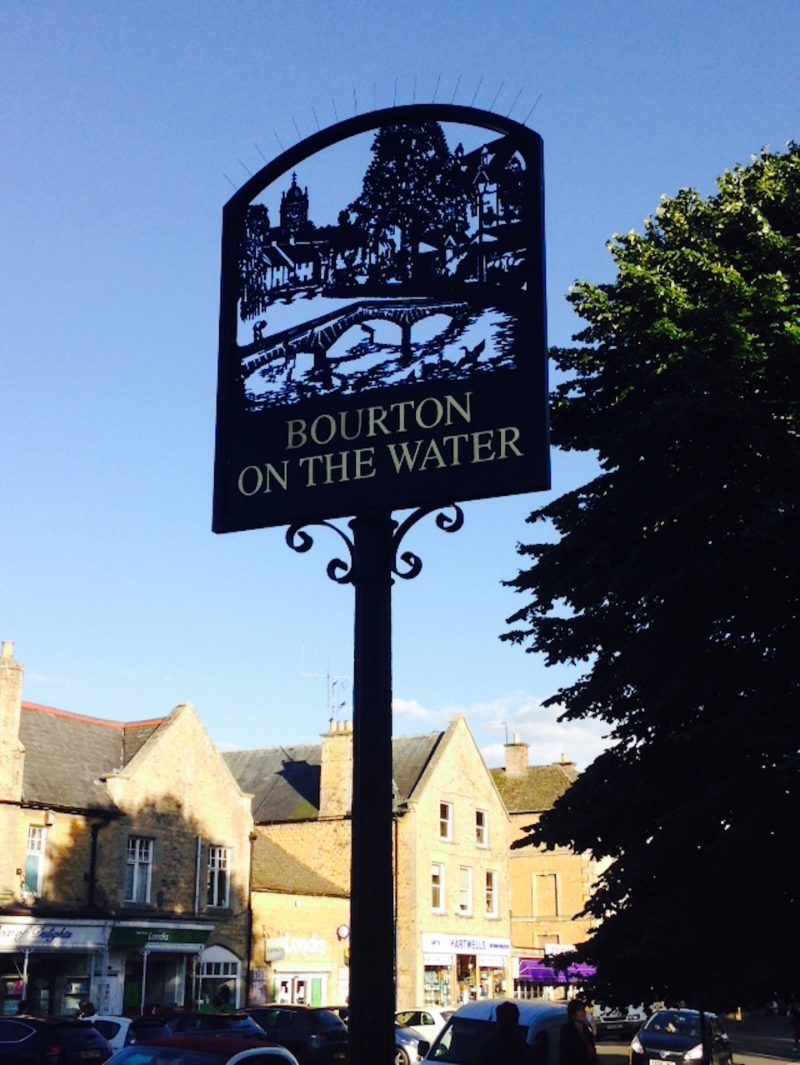 We started off in this pretty spot which boasts not only that beautiful Cotswolds stone, a river and plenty of quaint tearooms, but a toyshop for Stephen. I knew he’d like it here! The Cotswold Motoring Museum is filled with trinkets. There’s my first ever car outside – a Mini – and the white Hillman Imp reminds me of the days when my Granddad would always buy Scottish cars.

Stephen pretty much fell in love with the Cotswolds as soon as we arrived. Why don’t we retire here instead of Largs? We’d better hunt for change down the back of the sofa in that case, I said. For this is a wealthy area thanks to the wool trade. You’ll see the distinctive yellow Cotswold stone everywhere. Even new builds have to be constructed with it so that they blend in with the environment.

And just to give you a glimpse of what it’s like in warmer weather, those are a couple of photos I took one August. More of that buttery Cotswolds stone. This charming building is a folly. Many sprung up during the eighteenth century when Georgian architecture was in its heyday. Follies often resemble the castle ruins, albeit unruined ones, and apparently don’t serve any particular purpose. Broadway Tower certainly stands out. It’s open to the public and I’d recommend climbing to the top because the views are amazing. On clear evenings when we brought the students, you could see Wales in the distance plus some fantastic sunsets.

Winter in the Cotswolds. Maybe not for some, but still beautiful. But while most of us prefer sunnier days, as an artist I can also see the allure of bleaker ones too. By the time we arrived here the sky had brightened up. And we could even see the first signs of spring. There can’t be many villages as picturesque as this one with its small river (the Eye), stone footbridges and slow pace. Lower Slaughter is a visual feast, a favourite with film-makers. If you’re a Jane Austen fan, chances are you’ve seen it in a dramatisation of her work.

When you walk through these Cotswolds villages you get the impression of life standing still for centuries. It was a quiet day when we were there. That said, I imagine the residents are used to constant footfall and film crews in warmer months. The larger Stow-on-the-Wold, a market town, is four miles away and also worth a visit for its galleries and antique stores. Meanwhile a stone’s throw away is equally scenic Upper Slaughter. A local told me that all the soldiers who went to fight in the two world wars returned alive. For this reason it’s known as a Thankful Village. While we were there we popped in to see an old artist friend.

Meanwhile, it’s not like me not to recommend a decent eaterie or cafe. Though unfortunately we got there too late. Nonetheless, if you’re in Lower Slaughter then pop into the Old Mill for a riverside brew and a browse through the charming gift shop.

WHERE TO STAY IN THE COTSWOLDS The Three Ways House in Mickleton was a clean, cosy and comfy B&B with a nice restaurant and a bright blue breakfast room. Too bad I caught the flu at the wedding though! It was a very pleasant two-night stay with decent breakfast and dinner. What a shame I couldn’t really appreciate it, but at least I was poorly in comfort.

While not exactly in the Cotswolds, it’s still close. Strangely – or maybe not – we struggled to find somewhere to stay as nowhere we checked in nearby Chipping Camden had so much an a shed. It seems as if the Cotswolds is popular whatever the weather.

Have you visited the Cotswolds? Which part did you like best? Let me know in the comments below.