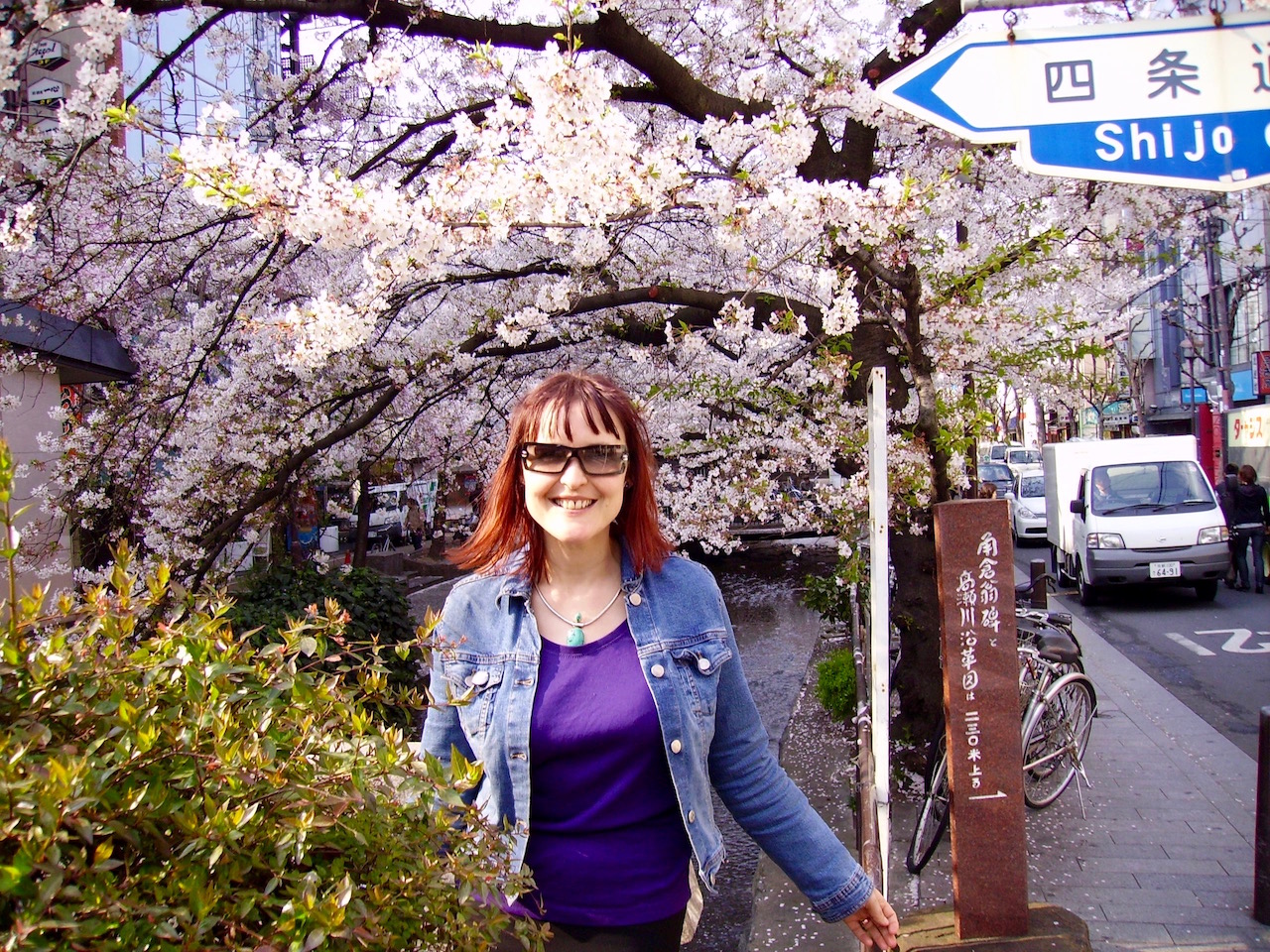 Spring is returning to the northern hemisphere once again, heralding longer days, renewed energy and sunny smiles. Unashamedly my favourite season, I love the blazing colours and gentle temperatures, warming as the sun makes its way towards the solstice.

Right now we’re in Andalucia in southern Spain. We were only too eager to get away for a few days from a cold Scotland, where winter has lasted a little too long for our liking!

For me, spring beats summer hands down and its stifling hot air and scorching rays. I take my Celtic hide far into the shadows and wilt like soggy broccoli on exposure to sunlight.

I was born in the spring, April 3rd. And I always think that my birthday will be mild and sunny, festooned with pinks, blues and yellows. Truth to tell it seems to rain most early-Aprils. And it probably will this year too once we’re back from Malaga. But at least I’m of a mind that my year will kick off in a positive way.

Bring back spring, I say as soon as summer kicks off, before getting roundly trounced by all. I do love the long summer evenings though, so don’t think I’m writing off summer. As today’s spring equinox passes on our Spanish holiday, I think of other springs I spent abroad. And nowhere is the season celebrated as it is in China, Korea and Japan.

Japanese people enjoy the spring is for all the reasons I love it. Nothing signifies it more than cherry blossom, or sakura to use the Japanese name. Folk who lead rigid lives kick up their heels and throw hanami parties under cherry trees. They toast the new cycle with sake and guzzle Japanese crackers. Recent graduates in Japan are also looking for work in spring since the college year ends in March. More renewal.

I was supremely lucky to see two consecutive springs when I was living in Japan and it certainly made me take more notice of cherry blossom back home.

But cherry blossom is also fleeting – blink and you miss it. There’s a feeling of melancholy connected to this brief spell of vibrancy. I see it as a lesson to take full advantage of opportunities, as well as enjoy something for what it is while it’s good. These are all positive aspects to fleetingness and it pays to look on bad times in the same way: they’ll pass. Meanwhile a world away, here are some cherry blossom trees in a park near us in Glasgow. I took them on Sunday on a bright but chilly Scottish afternoon in 2015 while I was recovering from surgery.  Not just a collection of pretty iPhone pics, they’ll help me with a cityscape (which I can add to the list of things to do art-wise!). While I love sketching the sea, the rocky coasts and greenery of far-flung hills, I often shy away from cityscapes and the built environment.

I did the sketch below a couple of years ago in early April. And when we’re back from Spain and the trees are like this again I’ll be back to sketch some more.  It was a quick drawing that I shouldn’t have even attempted seeing as my arm was in a sling after collarbone surgery. Three years later I find the work in my sketchbook, ready for a painting in the near future.

I sat sketching for as long as comfort allowed my recovering collarbone, capturing in pastels the pink spray, swans on the pond, sharp sky blue and tower blocks. I’ve more pastels to do, but when I finish it I’ll post it here. Followed by a further post on creating a painting, my first cityscape.

But for now, I’m here to see what my favourite season has to offer in Andalucia.

What’s your favourite season and why? Let me know in the comments. Disclaimer: I do not condone sketching or doing anything other than what the doctor orders when recovering from surgery. I worked quickly and carefully, aware of my own body’s limitations.